They announced it yesterday, I've been pretty busy with stuff and haven't had a chance to post, but you can check out this interview with Gene and Paul. The guys make some extremely kind and flattering comments about everyone involved, it's pretty cool.
Posted by Ricky Sprague at 6:33 PM No comments:

I Do Not Recommend My Training Regimen to Anyone Else.

I've been hoping to run the LA Marathon again this year; I took last year off for reasons that seem silly now, but oh well. I started training in earnest back in August last year, only to be sidelined by the dreaded bronchitis, the worst itis I've ever had, from September - December, during which time I did not run. I didn't do much of anything other than write and work.

Finally, on December 29th I ran for the first time in four months, which is a long lay-off for me. And I felt it. I ran maybe two miles, and I was sore. But I went out and ran again on the 30th, then the again January 1st, and I've been running pretty regularly since then, but not very far. Mostly up and down celebrity-studded Runyon Canyon, maybe three miles at one time.

This doesn't bode well for my chances completing the marathon. But I'm pretty sure I'm going to go ahead and run it anyway, and so in preparation I've been getting up at 5:30 and running around Hollywood. I've got a pretty decent four mile Hollywood loop that I've run the last couple of days which has made me feel better about myself, but probably hasn't done much for my stamina. I haven't run farther than five miles at one time since last August.

I'm not going to be ready to run it. But I also don't want to go two years in a row without running in it (I missed it in 2001 and last year, both for, as I suggested above, silly reasons).

My friend Brian, who's run many more marathons than I, last year created a new marathon training program, in which you begin your training the day of the race. The first couple of miles are run at a slow pace to get yourself into a rhythm, because you don't want to injure yourself too early in your training, then the next few miles are run at the pace you intend to run the whole race, etc-- I guess I better give him a call and get his entire program, since I've got a feeling I'm going to be using it in March.
Posted by Ricky Sprague at 9:25 PM No comments: 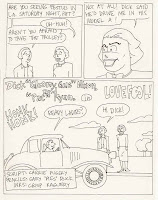 Posted by Ricky Sprague at 12:37 AM No comments:

Seriously, this post has "spoilers," so if you're planning on seeing either of these worthy films and don't want to know how they end, don't read this.

“Pan’s Labyrinth” is one of the bleakest movies I’ve seen in a long time, but it’s also strangely uplifting. It opens with a little girl, having just been shot, bleeding to death, and spends the rest of the movie explaining how she got there. The movie suggests that it’s her insistence of living within a fantasy world that kills her.

The little girl is called Ofelia, and she goes to live with her wicked stepfather, the man who impregnated her widowed mother, a brutish general in Franco’s army. The general, Vidal, is so rotten that even his seed is poisoned- Ofelia’s mother’s pregnancy isn’t going well, and she spends much of the movie in bed cramping and bleeding (and, in the end, dying). It’s no wonder that Ofelia retreats into a comforting but dark fantasy world in which Pan gives her a series of tasks to perform in order to prove that she is the reincarnation of a long-dead princess.

With Ofelia’s mother incapacitated, the housekeeper, Mercedes, becomes a mother-figure to her. (This is also an important point, because it seems that Ofelia is rebelling against her mother’s acceptance of the new fascist regime as she is the brutality of that regime.) Mercedes is secretly in league with the rebels who are still fighting against the fascist army, and she and the Doctor who is caring for Ofelia’s mother sneak away into the hills to provide them with food and medicine. Mercedes, an adult, is fighting a dangerous and deadly enemy, represented by the man for whom she works. She knows the danger and is willing to sacrifice herself. And yet, when the dreamy Ofelia asks her if she believes in fairy tales, Mercedes tells her that she doesn’t anymore, but that she used to. Ofelia still believes in them.

In the end, it’s Ofelia who is killed, shot to death by the wicked stepfather. In the context of her fantasy, she’s willing to sacrifice herself to save her little brother (Pan wants to sacrifice him so that she can enter and rule the fairy tale realm), but she still ends up dead, while Mercedes, who long ago abandoned fairy tales, lives to raise Ofelia’s brother. Mercedes is equally willing to sacrifice herself for a greater good, as are the other adult rebels in the fight against the fascists, but she does so without the luxury of living part-time in a fantasy world.

As she lays dying within the maze that lies on General Vidal’s property, Ofelia imagines herself getting into the fairy tale world anyway, her refusal to give up her brother as a sacrifice a final “test” of her worthiness. Earlier in the film, Pan has Ofelia retrieve a knife from a room in which a bizarre man with eyes in the palms of his hands is sitting at a table on which is an elaborate dinner. Pan tells her not to eat anything; she does anyway, and awakens the creature, who kills two of her three fairy guides and nearly catches her. When Pan learns of this, he tells her he’s made a mistake, she’s clearly NOT the
princess he thought she was, and angrily leaves her, vowing never to return. But of course, he gives her another chance. Children always think they deserve another chance, and so, within the context of the fairy tale, there’s really no danger for Ofelia. When the adults die (usually brutally violently) they die, that’s it. Ofelia drifts off into a fantasy land, and then into oblivion.

It reminded me a bit of “Apocalypto” although I think Apocalypto is a bit more over-ripe than Pan. If you ever wondered what “First Blood” would be like if “Alejandro Jodorowsky” had directed it, "Apocalypto" is probably as close as you're ever going to get to finding out. It’s basically the story of a guy named Jaguar Paw trying to get home to rescue his pregnant wife and son (see? pregnant woman with small child in trouble- it’s a fairy tale, too) after having been abducted and nearly sacrificed by Mayans. He uses his extensive survival skills and some lucky “"Cupid and Psyche"”-esque animal intervention to escape revenge-seeking Mayan soldiers.

Mel Gibson really loves portraying violence, and he gets pretty creative with it here. There are so many ways to kill someone, and he shows as many as he can fit into the story. Men are bludgeoned, their throats are slit, they’re thrown off cliffs, they catch diseases, they’re impaled with arrows, bitten by snakes, mauled by panthers. Then, there are the sacrifices. Men’s hearts are cut out and held aloft (still beating!) for the benefit of the crowd who’s gathered to watch at the base of the ziggurat. Then the heads are lopped off – lots of head go flying, bouncing down the ziggurat steps, like Bugs Bunny’s helmet in ““What’s Opera, Doc?””. (In one particularly interesting choice, Gibson shows a decapitation from the victim’s point of view.)

That’s the key to the movie, I think- it’s like a live action cartoon, made with an almost child-like (“childish”) enthusiasm that I found a lot of fun.

And it’s not only the violence that’s crazed- the scene in which Jaguar Paw’s wife gives birth, trapped at the bottom the hole that’s fast filling with water from the oppressive rain storm, is so ridiculous that you can’t help but be excited about it. There are some surreal touches, too, like the little girl with sores on her face, standing next to a dead woman, and spouting prophesies about the sun being blotted out and Mayan civilization collapsing.

Then, in the end, the Europeans show up, and the diseased girl's obtuse prophesies are fulfilled. It's the beginning of the end of the Mayan civilization.
Posted by Ricky Sprague at 5:56 PM No comments: 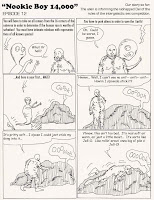 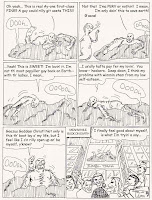 Posted by Ricky Sprague at 7:21 PM No comments: 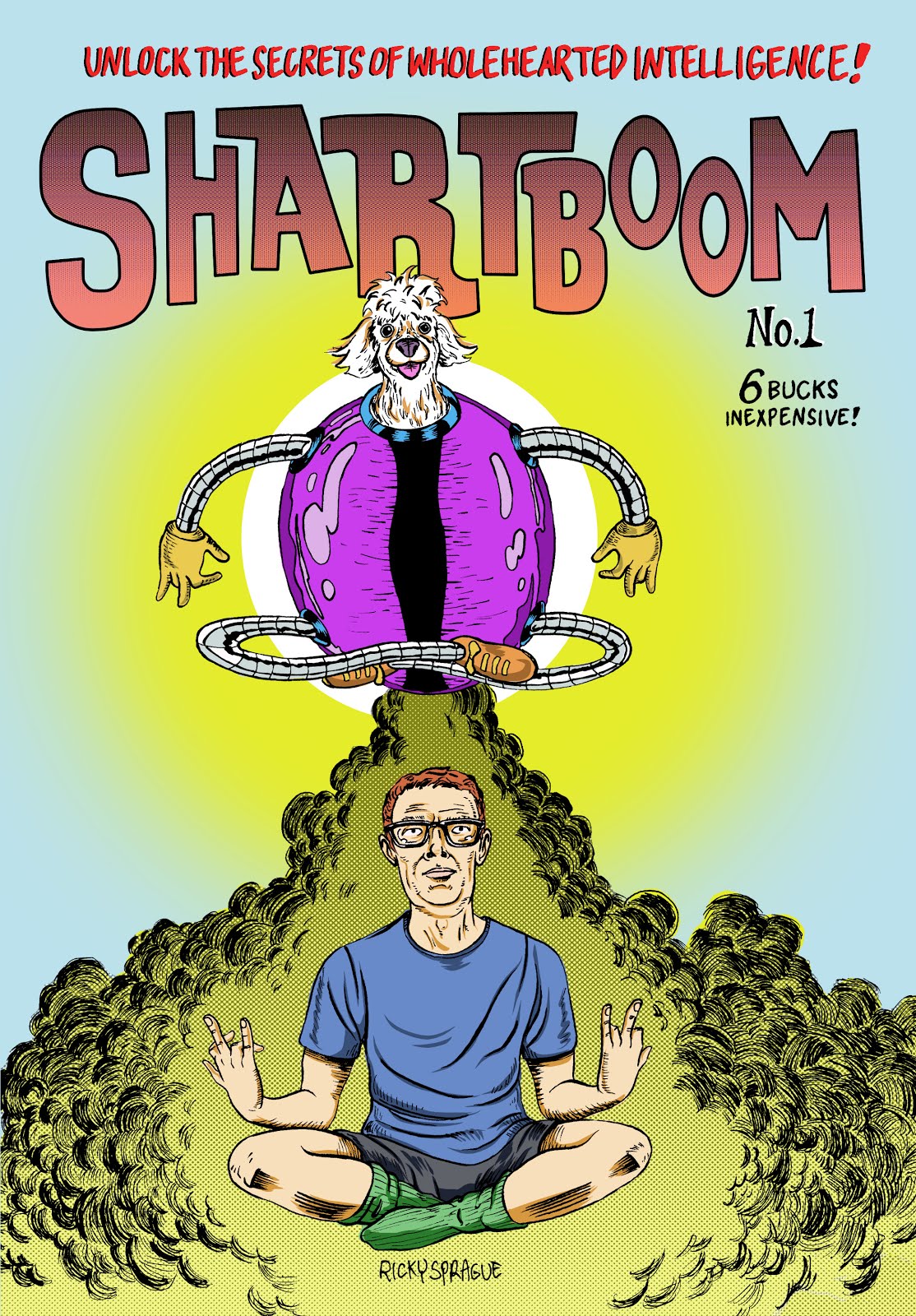 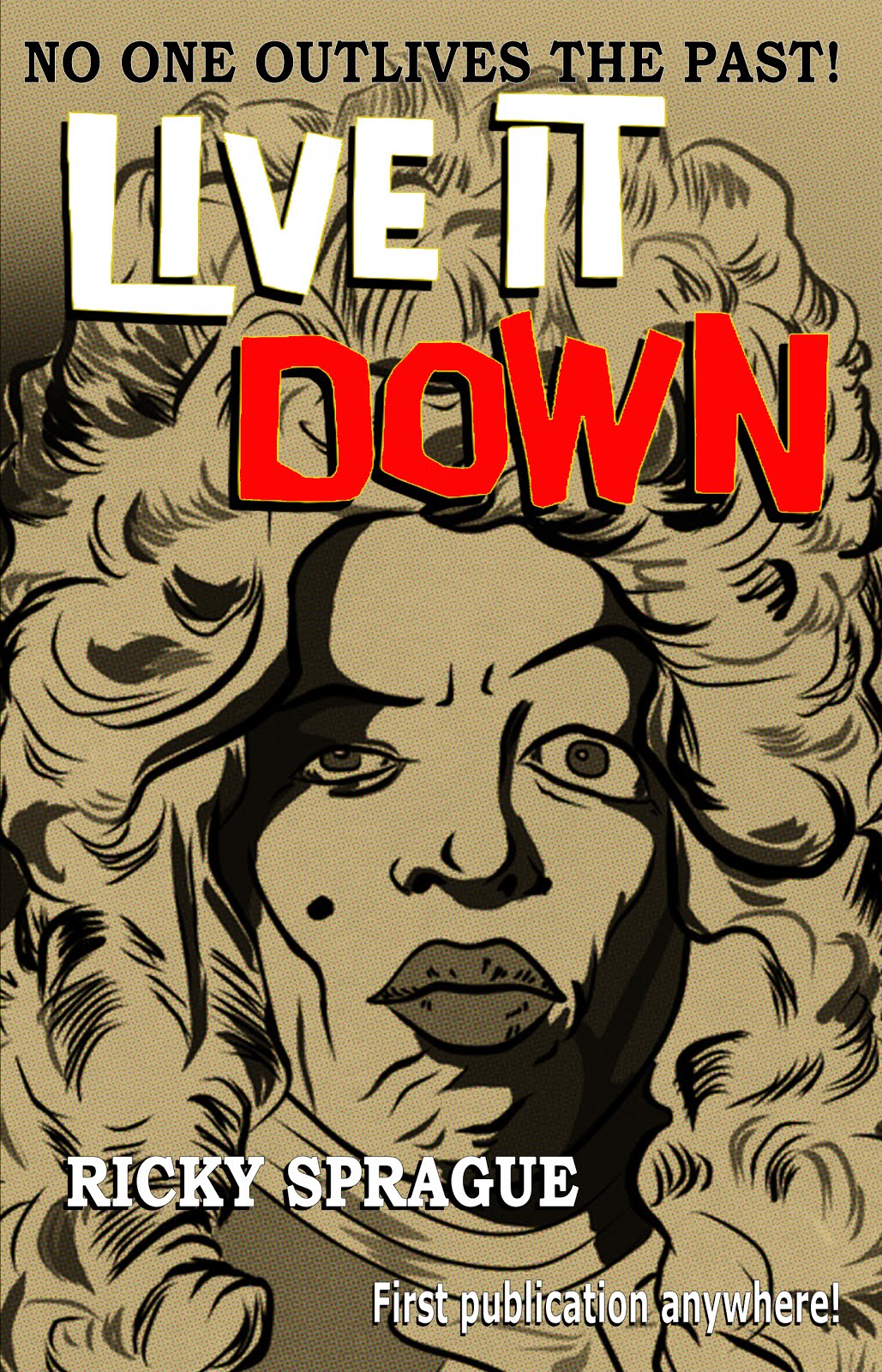 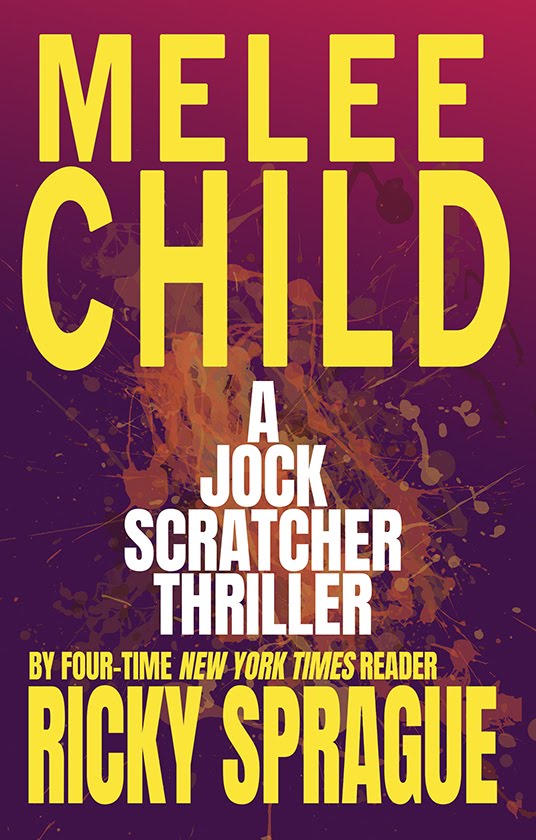 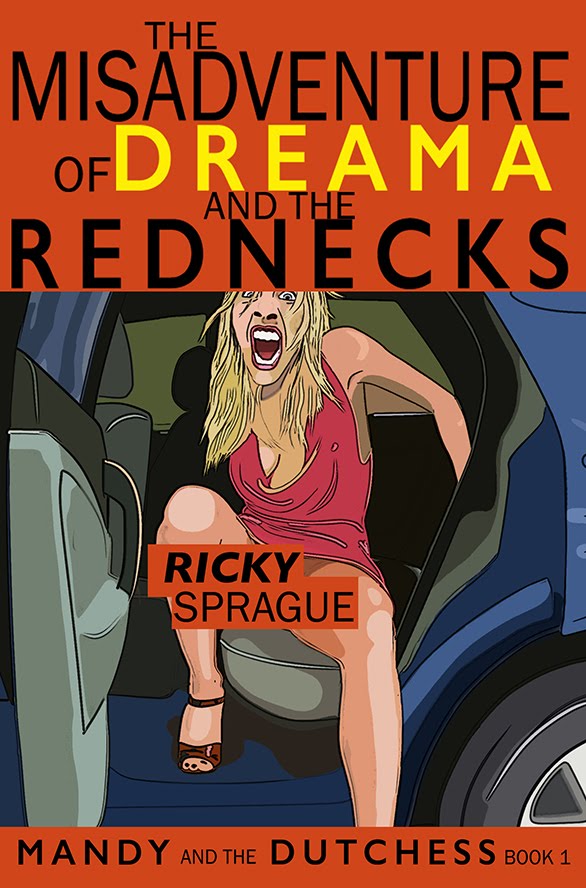 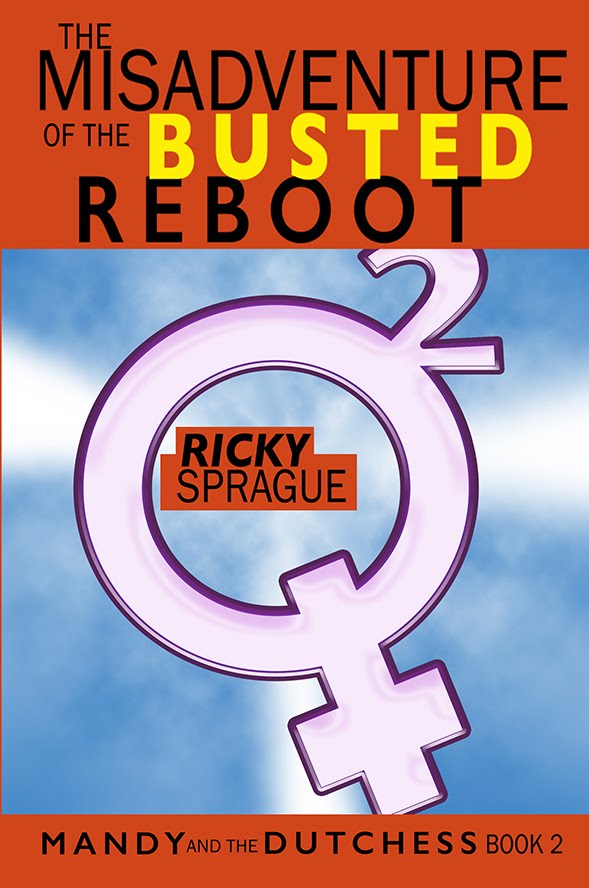 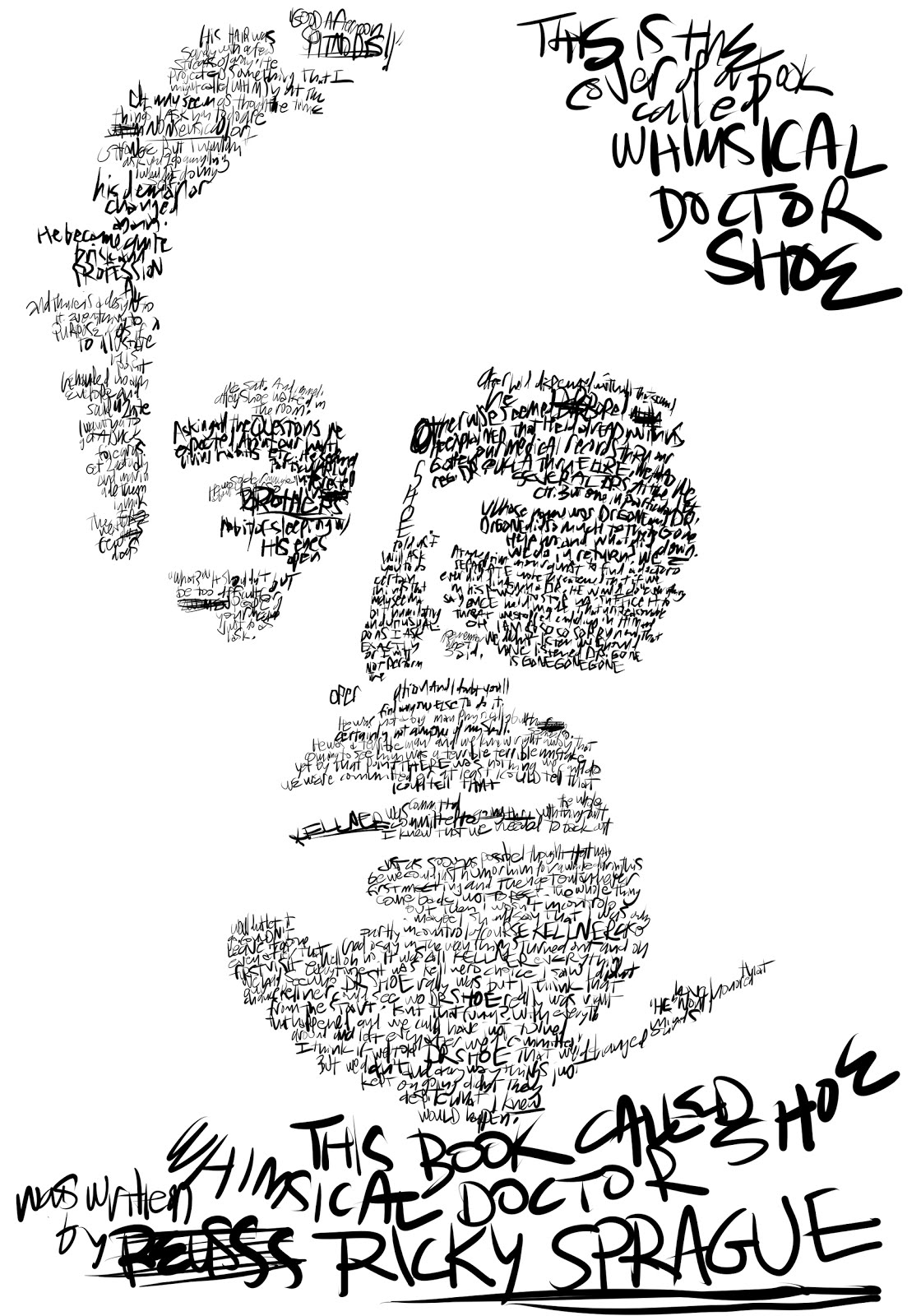 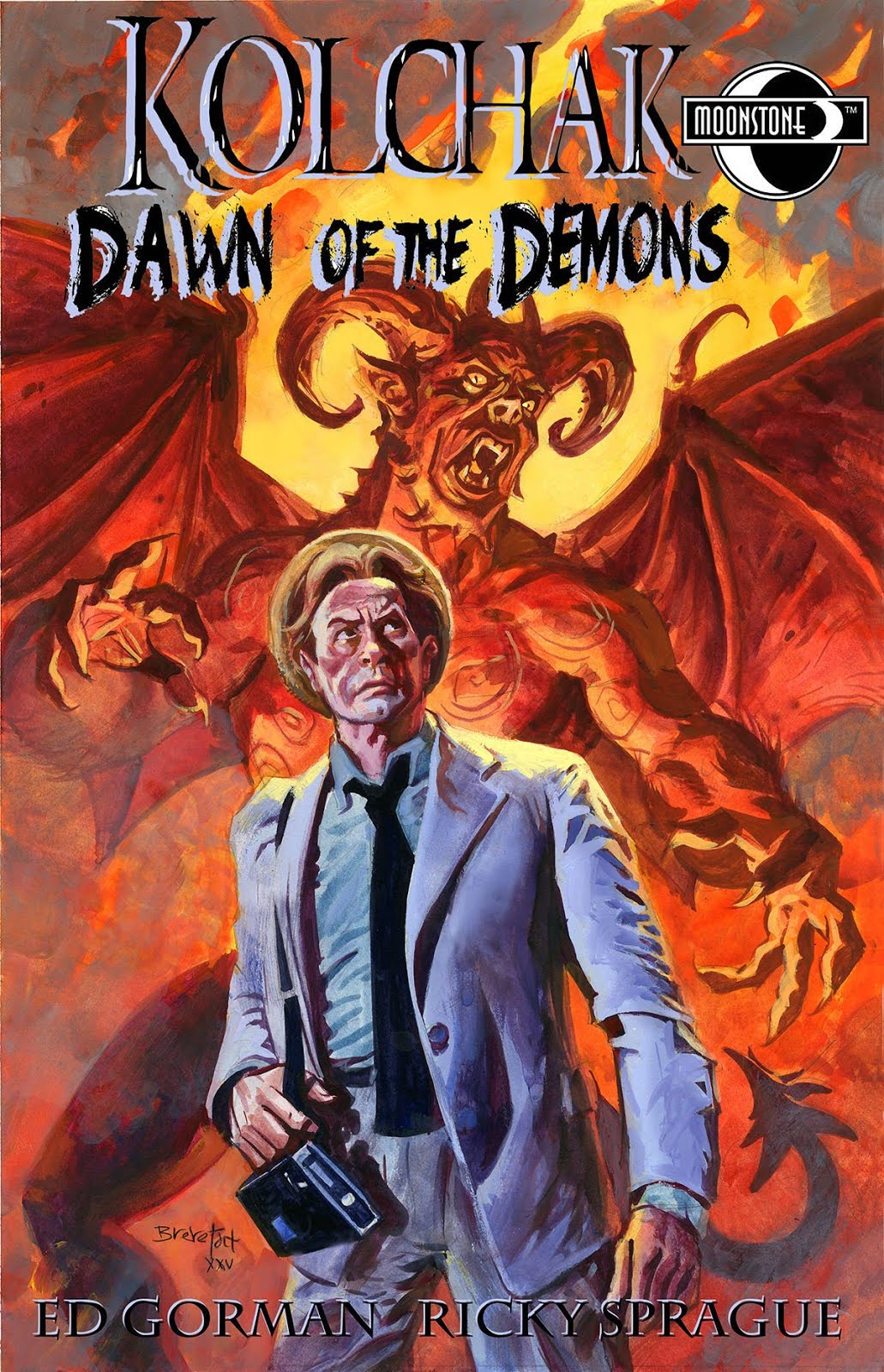 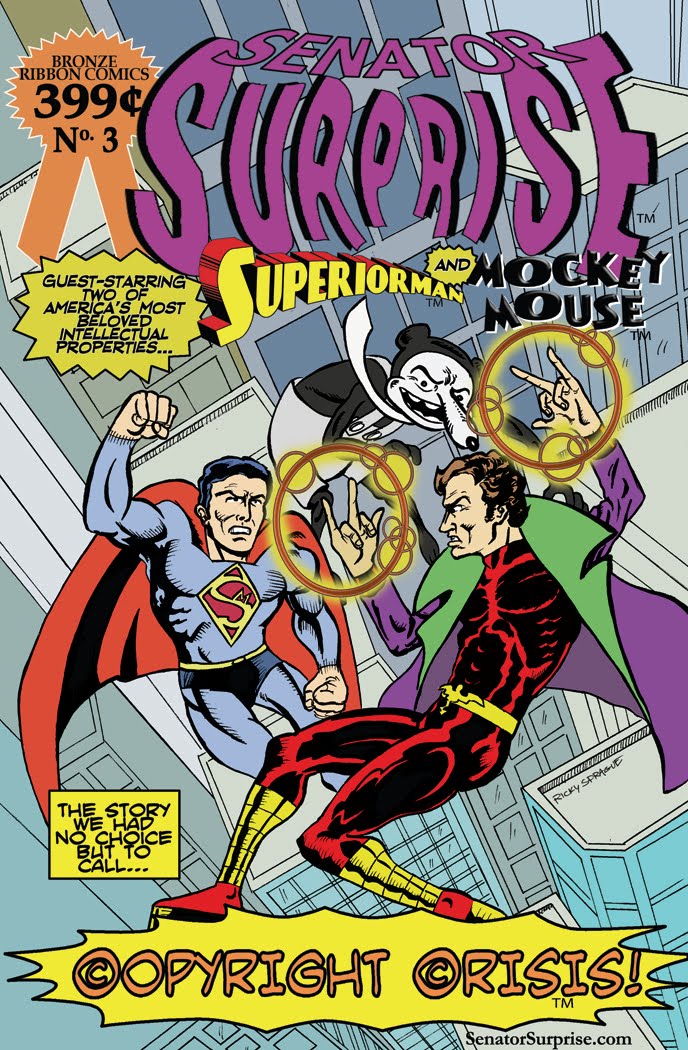 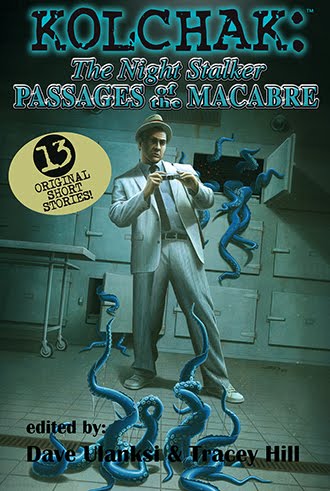